There are many models of the FIAT 125 and its numerous worldwide variants. If you have one, I would of course be happy to receive pictures.

I owned the 1:43 scale Mercury model a short time after my parents bought the first FIAT 125. In Germany it was imported by the MÄRKLIN company, to which I had a very close relationship as a model railroader. My Mercury Fiat at the time was blue-green. But like so many other things, it has been lost ... So I was very happy when I discovered a red copy in the window of a local toy antiquarian a good thirty years later, at a fair price. Here are a few pictures I took back then:

The fact that the whitebox model lacks an exterior mirror initially looks as if it was done without it out of economy. In fact, this is authentic for the standard delivery condition in Italy! – Because in Italy a left wing mirror was first required from 1977, and older vehicles also had to be retrofitted. Perhaps they thought that Italian drivers generally drive so fast that they don’t even need an exterior mirror 🙂 – in West Germany, an exterior mirror was already mandatory from November 1956.

Another model of the FIAT 125 in 1:13 scale comes from Pocher. It was available in numerous designs (e.g. Carabinieri, Rallye) and colors. In the picture you can see a wine-red version next to a metallic-blue Mercury model. Joe from Austria sent me the photo once. 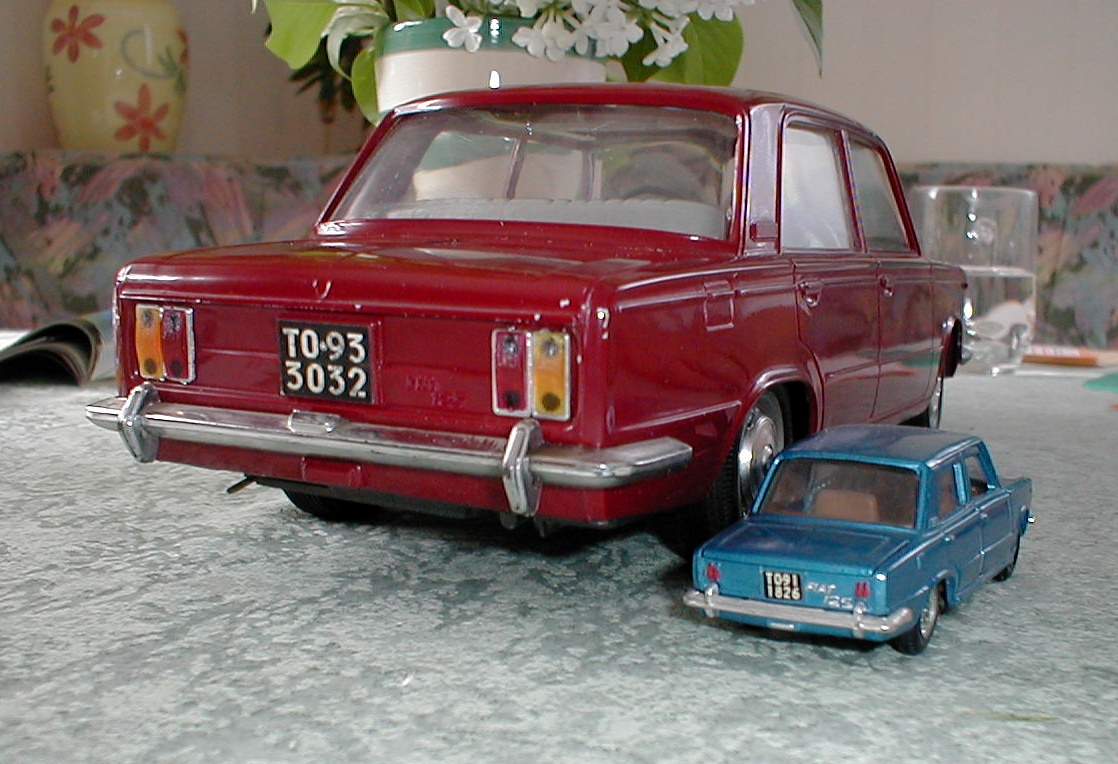